insight is a precious commodity in the world of law enforcement. During her 20-year career as a police officer and later a detective in New York City, she’s been the benefactor as well as the beneficiary of all kinds of insightful wisdom. But the most helpful advice she’s ever received had nothing to do with fighting crime.

“The best advice that I ever received as a police officer was about saving money,” Rivera explains. “I wanted to be secure in my retirement because my job contained a lot of risk. I wanted to make sure that my retirement didn’t have risk like that.”

Rivera realized early on that she was on her own financially and needed a well-thought-out retirement plan. That’s where her annuity comes in. “Being a single woman definitely affected my financial retirement because it’s just me,” Rivera says. “I don’t have anyone who I can borrow money from if I run out.” 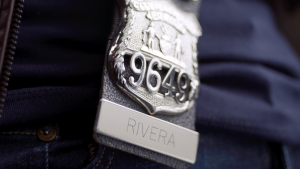 An understanding of risk

LIVING LIFE ON THE EDGE — WITHOUT RISKING HER RETIREMENT

Like most civil servants, Rivera receives a pension. However, she knew that even her pension and Social Security wouldn’t be enough to do all of the things she dreamed of doing in retirement. Her annuity provides the protected lifetime income that she needs, not just so she can live comfortably, but to let her live on the edge occasionally. That’s great for someone with a bucket list that reads like that of a daredevil.

“I enjoy physical activities that give me an adrenaline rush,” she laughs. “Racing cars, kick boxing and surfing.” Although, she admits she’ll have to learn how to swim before she can tackle that one.

Not that she’s ever afraid to learn. Rivera was quick to admit that she didn’t know much about financial planning and felt “a little embarrassed to ask people.” So she sat down with a financial professional to discuss a comprehensive retirement plan.

As part of that comprehensive plan, her financial professional explained that many annuities do not have contribution limits and offer advantages that many investment products don’t provide. One such advantage is protected lifetime income, which made a lot of sense to Rivera considering that many police officers continue to face unique risks even in retirement.

“When you’re a police officer, you run toward danger when everyone else is running away from it,” says Rivera. “You don’t really think about how dangerous it is until you realize the situations that you end up in.”

Facing that kind of unknown risk helped Rivera better understand her situation in retirement, where you make a plan, but there are still many unknowns. According to the U.S. Bureau of Labor Statistics, police officers are at higher risk of diseases, illnesses and ailments, all of which could have a huge impact on their health care costs during retirement.

A study conducted by the University of Buffalo in 2011 found a correlation with the daily stress of police work and obesity, suicide, sleeplessness and cancer.

For Rivera, a simple traffic stop turned out to be an example of the risk officers face daily. She pulled over a car for failing to signal and discovered cocaine inside. After searching the vehicle further, she found an arsenal of weapons in the trunk, along with even more drugs. “It ended up that he was the supplier for the northeast and had killed several witnesses down south. I never imagined this could happen after a simple traffic stop.”

On September 11, 2001, the risks involved with her career hit home even harder. More police officers lost their lives on that day than any other single incident in American history. Many more passed away in the years following as the result of illnesses contracted while working in the hazardous conditions after the attacks on the World Trade Center.

“The risk of being a police officer became very clear to me on 9/11,” Rivera says. “It was an extreme amount of danger in responding to the site and not knowing what was going on.”

Rivera says that her father was a major motivator in her decision to become a police officer and eventually a detective. “My parents are from Puerto Rico. When they moved to New York, they had so much pride in being there that they wanted someone in the family to enter into public service,” she explains.

But there was additional motivation as well. “My brother-in-law made a $50 bet with me that I wouldn’t stick with it,” Rivera explains. “So I enjoyed winning that bet.”

Today, Rivera recognizes that young women face unique financial challenges as they head into retirement. The pandemic has made these challenges even clearer. “Owning an annuity has made me pause with gratitude, on more than one occasion, during these uncertain times because I feel financially secure,” she says.

Compound these financial obstacles with the inherent dangers of police work, and Rivera feels even more compelled to inform female officers about the importance of retirement planning. “I tell other single women to make sure that they plan their retirement early and to always be self-sufficient.”

That’s advice that she tries to apply to her own life as well. And her annuity helps makes that possible. “An annuity is protected income that makes me feel safe and confident that I will be able to do all the things on my bucket list,” says Rivera. “I never have to worry about my future.” 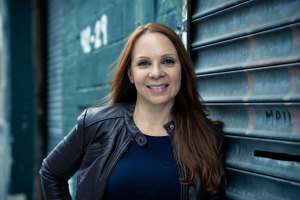