James Moskito is an ambassador for

creatures of the sea. And he believes that the key to protecting them and their environment is introducing as many people as possible to these amazing animals. Moskito runs a company in San Francisco, called Ocean Safaris. He takes clients on dives that can bring them face-to-face with all kinds of marine life, from sea lions to humpback whales. Once people experience whales and other creatures in their natural habit, it’s life-changing for them, he says. 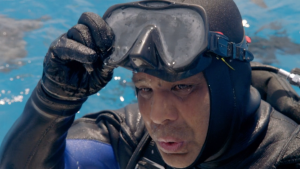 His annuity protects him even in uncertain waters

THERE’S NO PLACE FOR RISK IN DIVER’S LIFE

Obviously, his occupation comes with a lot of risks. “People tell me all the time that I have the craziest and the riskiest job. But for me it’s not risk. For me, being underwater is life,” Moskito explains. Why? Because he knows that there are certain measures he can take to help manage those risks.

He applied that same logic to his retirement fund when he purchased an annuity. In doing that, he not only gained a measure of financial security for down the road, but also guaranteed that he can keep diving well into his golden years, if he so chooses.

Considering some of the incredible experiences he’s had underwater, it’s easy to see why Moskito is in no hurry to come up for air. Like the time he and several other divers were called on to rescue a 50-ton humpback whale that was hopelessly tangled in more than a mile of thick nylon rope connected to 100-pound crab traps.

While Moskito and his fellow divers worked tirelessly in 47-degree water, they had to be careful of the writhing whale, which at one point raised its pectoral fin and brought it crashing down into the ocean, just inches from his head. Finally, after two and a half hours, the exhausted mammal was freed.

“The magical moment of me...cutting that one rope and just seeing all those crab traps...go into the abyss, falling down below,” recalls Moskito. “Then the feeling of ‘we did it.’ We actually did it. This whale is now free.”

Working as much as he does in oceans around the world, Moskito often has to deal with inhospitable waters where things can go from calm to treacherous in a matter of minutes. He found that out while diving at Cortes Bank, a shallow seamount in the North Pacific Ocean, notorious for producing some of the world’s tallest surfable waves.

“We went in — it was glass flat — and when we came out, 35-foot waves were breaking,” says Moskito.

While he’s obviously very tolerant of all the occupational risks, there’s no place for it in his retirement. Moskito’s annuity not only provides him with a protected income, but also will allow him to maintain his current lifestyle throughout retirement. “Life’s unpredictable. The ocean is unpredictable. The ocean changes. With my annuity, I know I have a guarantee.”

When one of those unpredictable events occurred — the pandemic — Moskito felt “more secure knowing my money will be there when I need it” because of his annuity, he says. “My annuity is consistent, safe and secure, and with a protected lifetime income, I enjoy the peace of mind it gives me.”

There was another important factor that Moskito took into consideration when deciding to purchase his annuity – the lifespan of his family members. All four of his grandparents lived to be more than 100 years old. One grandfather even continued to play golf until he was 96 years old. Moskito recognized that there was a distinct possibility that he could outlive his money and decided to do something about it.

Moskito believes that what he’s doing is too important to give up and viewed an annuity as a guarantee that he can keep doing it for as long as possible. “I want to keep doing what I love and not have to worry about it. That’s the retirement plan,” he explains. 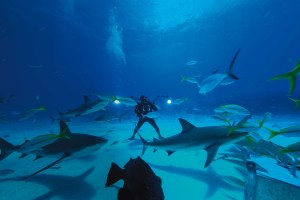