There is no one who is so wise that they’re too wise for financial knowledge.

lot about risk. Serving in Floating Doctors, an organization he formed to help deliver medical services to people in remote parts of the developing world, Labrot found himself in many life-threatening situations. Like the time he and the team were stuck on a mountaintop in a lightning storm. There were lightning strikes so close, they could feel their hair standing on end. Or there was the time in 2010 when their boat slipped its mooring and drifted onto a reef — in an area so remote, there wasn’t really anyone to come to their rescue. They were able to start one engine and limped to safety — 34 miles away. 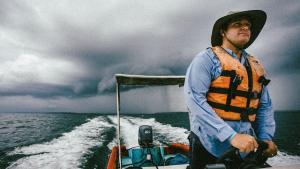 HIS ANNUITY STARTED HIM ON THE ROAD TO FINANCIAL KNOWLEDGE

There was even a journey he took in an ancient rebuilt Russian helicopter in Honduras where the landing turned out to be a little more challenging than expected? Rather than hovering over a spot to land, they took an unexpected path. “In order to get to this spot, we had to fly through a chute in the trees. So for several hundred yards, there was canopy above us, canopy below us and canopy on all sides of us.” Labrot asked the pilot if this was safe — the reply was no one’s shooting at us, so yeah, it’s safe. “That was another moment when I thought ‘Hmm, I might have swung a little too far.’”

Then his wife (who he met through Floating Doctors) got pregnant, and everything changed.

For years, Labrot had been traveling all over the world with a backpack full of medicine to treat people — many of whom had never seen a doctor, didn’t have electricity or even running water — without taking a salary or even thinking about retirement. But with the pending birth of his daughter, Labrot says he realized that the organization he had founded needed to be able to keep going without him overseeing the day-to-day.

So while he remains CEO of Floating Doctors, he handed over daily operations to his staff and took a teaching job at the University of Southern California.

He also got serious about his finances, and his board of directors helped him set up an immediate annuity to generate monthly income for himself. Labrot admits he’d never even heard of an annuity before, but says what he’s learned from his financial professional and his own research has made him feel more confident about his financial future.

And he’s learning quickly. “I know exponentially more than just six months ago,” he says. “And now I have a base that I can build on to try to move forward intelligently.”

One of the characteristics Labrot likes most about the annuity is that it keeps him focused on funding retirement, so he’s not tempted to spend on things like a car repair or other emergencies “because retirement is a real emergency that happens to everybody at some stage.”

It’s been a long journey for Labrot, from the vacation trip to Africa in 2004 that led him to start helping people in developing countries, to founding Floating Doctors in 2008 and now serving as CEO of the organization while teaching at USC. Through it all, he’s kept in mind some advice that he and the team at Floating Doctors lived by: You are never harmed by seeking more educated advice. “There is no one who is so wise that they’re too wise for financial knowledge,” he says. 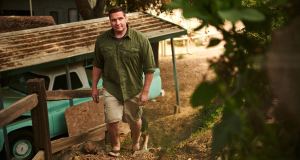